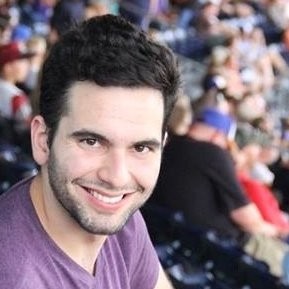 Edhriz Siraliev-Perez, PhD is a Scientist I at StrideBio, Inc, a gene therapy company with proprietary adeno-associated virus (AAV) particles. In this role, Edhriz is responsible for downstream processing of recombinant AAV particles using a variety of purification techniques. On his free time, Edhriz enjoys playing video games, exercising, and cooking new recipes.

Edhriz is originally from Puerto Rico and completed a Bachelor of Science in Biomedical Sciences from the University of Puerto Rico-Aguadilla. Subsequently, he moved to North Carolina as a post-baccalaureate fellow in the laboratory of Sharon Campbell in the Department of Biochemistry & Biophysics at the University of North Carolina-Chapel Hill. He later joined this department as a PhD student and National Science Foundation (NSF) fellow in the laboratory of John Sondek. During his tenure as a PhD student, Edhriz studied the mammalian phospholipase C (PLC) isozymes with a focus on the structure and dynamics of allosteric regulation of the PLC-ƴ isozymes. His technical skills include mammalian and insect cell culture, baculovirus expression system, and purification of recombinant proteins for biochemical and biophysical studies.